The Finance Minister, Mr.Arun Jaitley presented the Union budget in the parliament. There were a lot of expectations surrounding the budget from all the stakeholders, ranging from rural households to salaried class to retired citizens all the way to corporate sector and investor community. Expectations ranged from revision in tax slab upwards for the salaried class to how the government will rev up the economic slowdown while maintaining the fiscal discipline and addressing the worries on retrospective taxation for foreign investors.

The Revenue receipts are budgeted to grow lower at 1.4% over FY15 owing to higher allocation of States in central tax revenues (Increase of 55% over FY15). The government has budgeted for a total expenditure increase of only 6%, largely driven by capital spending, which is budgeted to increase by over 25%. The FM has stated that the fiscal deficit will be maintained at 3.9% for FY16, slightly higher than expectation but lower than 4.1% estimated for FY15. The government net borrowings number has remained flat at Rs.4.6 lakh crore. The medium term target of achieving 3% Fiscal deficit has been pushed to FY18.The FM has also brought cheers to the foreign investors by postponing the implementation of General Anti Avoidance Rule (GAAR) by 2 years. GAAR will be applicable from FY18 onwards while removing the contentious clause of retrospective taxation.The biggest surprise came on the corporate tax rate front. The Finance minister announced reduction in the corporate tax rate from 30% currently to 25% starting from FY17 in a gradual manner over a four year period. Companies which are at full tax rate are going to see maximum benefit such as Banks, and Multi-National Companies among others.One of the key announcements was related to fungibility of FDI and Fll in sectors which are under the automatic approval category such as Banks. The Finance minister has done away with the distinction between Foreign Portfolio Investment (FPI) and Foreign Direct Investments (FDI), which is likely to attract more capital flows from Flls especially in the banking sector where companies have already hit the FPI ceiling.

Key Changes with respect to taxation

a. Basic Corporate Tax Rate to gradually go down from 30% currently to 25% over 4 years starting FY17.

c. Excise Duty on Cigarettes has been hiked by 16% on weighted average basis

d. No revision in the tax slabs for individuals can be considered as a matter of slight disappointment for the salaried class

There was emphasis on clean energy and “Make in India” campaign with increased target of 1,75,000 MW under the Renewable Energy program by 2022.Overall the Finance minister has carried out a good balancing job by increasing the profitability of the corporate sector by reducing the tax rate, removing the worries related to GAAR from foreign investors, announcing higher infrastructure spend to rev up the ailing economy while maintaining the fiscal deficit at acceptable levels. We remain optimistic on the measures being undertaken by the government and would recommend policyholders to remain invested and pay their premiums regularly to benefit from the uptick in the fortunes of the domestic economy over the coming few years.

Realise your Life Goals with a proper goal-based investment plan

Are you a young aspirant wanting to achieve something big in life?

How to plan your investments in the new financial year

We are just two months into the new financial year, and the time is still.

How to tide over market volatility with ULIPs

The fear of market volatility often keeps retail investors away from equity investment. 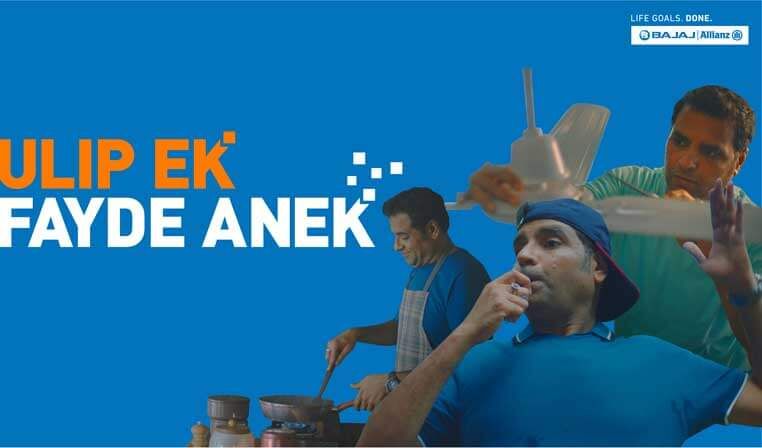 Disclaimer: By using above SMS services kindly note that you would be authorizing to receive call(s) / SMS from Bajaj Allianz Life Insurance Co. Ltd through its representatives on your tele-contact no with respect to the query for which you have requested call back even if it is registered under NCPR/NDNC registry with your telecom operator.