What is Direct Tax in India and what are its Types?

The tax structure in India broadly consists of two types of taxes, namely indirect tax and direct tax. Understanding the basic framework and the components of these taxes can help you become more financially literate. In turn, that can assist you in managing your money and your investments better.

So, in this guide, we will be taking a closer look at direct tax in India. You may have come across the names of many direct taxes in your everyday life without realising their relevance. In fact, you most likely have also paid direct taxes to the government. Wondering how? Keep reading to find out.

What is direct tax?

Firstly, what is the meaning of direct tax? Well, as the name suggests, direct tax is simply a kind of tax that is levied directly on the person who has to pay it - or, in other words, the taxpayer. The taxpayer has to bear the burden of the payment themselves. And in this context, the taxpayer can be an individual, a Hindu Undivided Family (HUF), a partnership firm, a trust, or even a corporate entity.

So, that sums up the meaning of direct taxes. But to understand this component of the tax structure in India better, you will also need to get a closer look at the different types of direct taxes levied in the country. Check these out in the section below.

Types of direct taxes in India

Let’s take up each of these one after the other and understand them better.

In all likelihood, you are perhaps quite familiar with income tax. It is the tax that you pay on the income that you earn. Simple enough, isn’t it? This tax is calculated and levied as per the provisions of the Income Tax Act, 1961. Here are some important things to note about income tax - which is the most common kind of direct tax levied in India.

Capital gains tax, as you saw in the previous section, is a kind of direct tax. It is levied on any gains that you may receive when you sell a capital asset. A capital asset can be a house, a plot of land, equity shares or other financial instruments, gold and other precious metals, artwork, cars and other machinery.

LTCG refers to the gains on the sale of capital assets that have been held for a period of 24 months or longer. In the case of equity shares alone, the LTCG period is 12 months instead of 24. In case of debt oriented mutual fund holding period is 36 months.

Corporate tax is also a kind of income tax - and therefore, a kind of direct tax. Like capital gains tax, corporate tax also falls under the purview of the Income Tax Act, 1961. This tax is levied on the net profits made by companies established in India. As for foreign companies with operations in India, they generally have to pay corporate tax on the profits that arise from such operations.

In addition to the tax levied on the profits made by corporate entities, there are also other taxes that they may have to pay, based on other terms in the governing laws. Let’s take a look at these taxes, so you can understand the direct tax structure in the country better.

MAT is a kind of direct tax levied on the companies that declare little or no income in a financial year. These are known as ‘zero tax companies.’

SST is a kind of tax that is payable on the value of securities in transactions executed through a stock exchange.

The structure of the direct tax in India has been developed and implemented to offer several benefits to the country as a whole, and to further development. Let’s take a closer look at some of the key benefits of direct taxes.

Since direct tax is levied and collected from the taxpayer directly, administration is easier and more economical.

Estimating and calculating the revenue or income is clear cut. Therefore, calculating direct taxes has a great degree of clarity.

Direct taxes levied on the income of persons increase as the income increases. This makes it very scalable.

The direct tax framework also gives option of many deductions to taxpayers, to reduce the burden of taxes.

Advance tax is simply tax that is paid in advance, on the income that you expect to earn during a particular financial year. It is paid prior to actually earning the income. And unlike regular income tax, which you pay as a lump sum amount at the end of the financial year, advance tax is paid in installments as specified by the Income Tax Act, 1961. Following is the summary of advance tax dates and liability to be paid:

2. How does direct tax differ from indirect tax?

3. Can I claim any deductions from my income to reduce my direct tax liability?

4. Do I have to pay direct tax on my life insurance benefits?

5. What is the rate of STCG and LTCG?

The following points will help you understand this better. 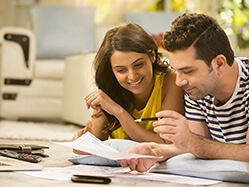 Types Of ITR – Which ITR Should I File?

Filing income tax can be a long and 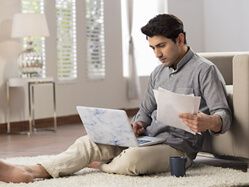 A term life insurance plan is one of the 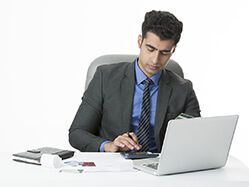 Paying taxes can be confusing, tiresome, and frustrating. 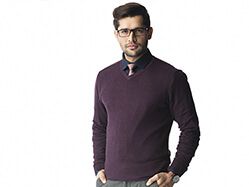 Term insurance plans in India are one of